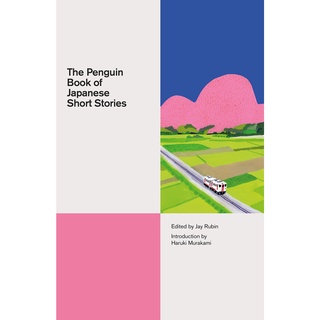 A major new collection of Japanese short stories, many appearing in English for the first time, with an introduction by Haruki Murakami, author of Killing Commendatore

This fantastically varied and exciting collection celebrates the art of the Japanese short story, from its origins in the nineteenth century to the remarkable practitioners writing today. Edited by acclaimed translator Jay Rubin, who has himself freshly translated some of the stories, and with an introduction by Haruki Murakami, this book is a revelation.

ABOUT JAY RUBIN
Jay Rubin is well known for his translations of Haruki Murakami’s works. He received his PhD in Japanese literature from the University of Chicago and is the Takashima Research Professor of Japanese Humanities at Harvard University. (Eng) Magazine B No.66 HOSHINOYA (Eng) Magazine B No.58 PORTLAND